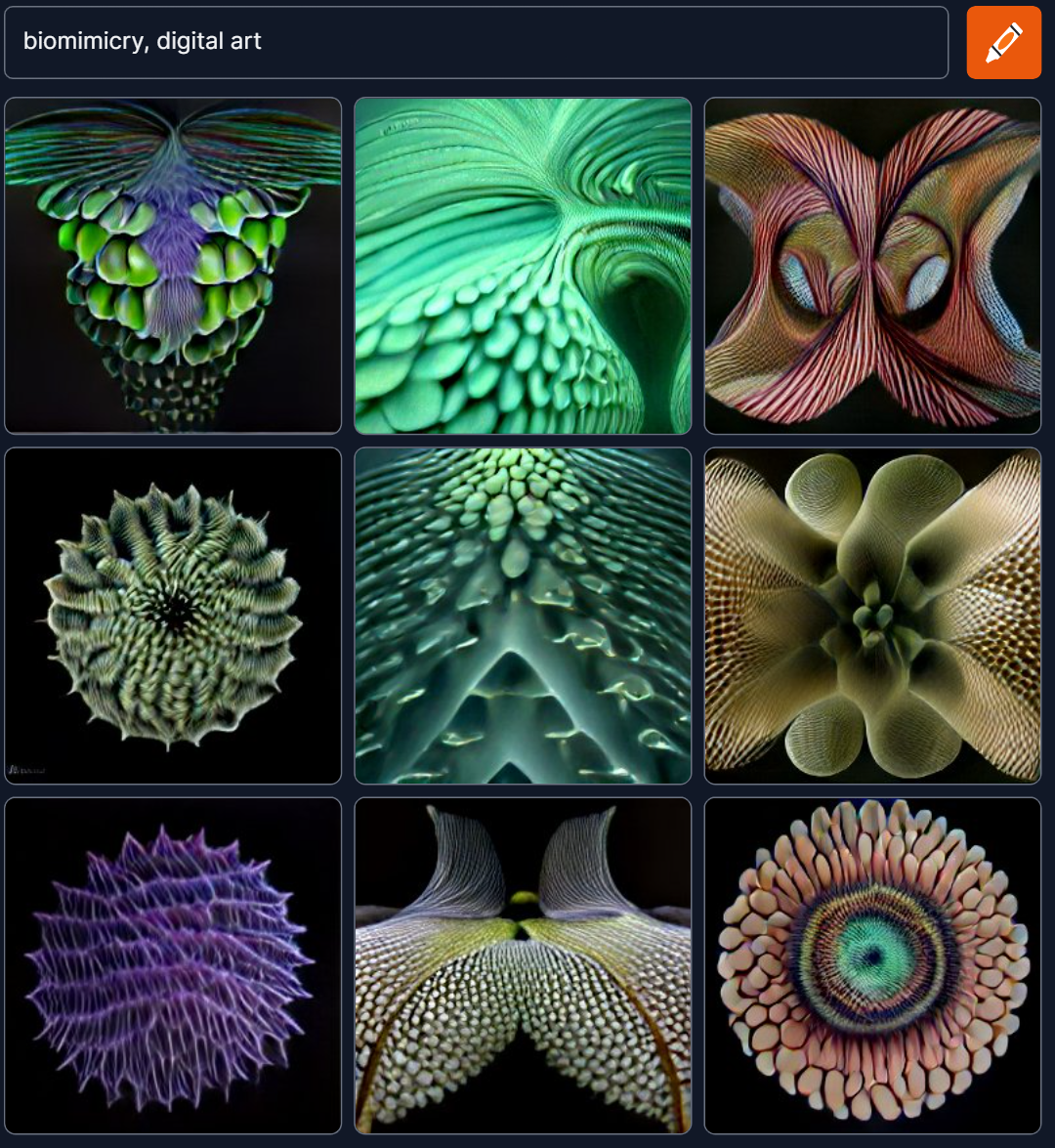 Leonardo Da Vinci’s flying machines. Self-cleaning paint. A Japanese bullet train. Velcro strap. What do these things have in common? Hard to say from mere appearance. But if one looks closely enough (close enough to look at the micro-scale in some cases), they are all technologies inspired by nature. Birds’ wings, lotus leaves, the kingfisher’s aerodynamic shape, burdock’s seeds have plenty to teach us about how nature flies, keeps itself clean, reduces drag, attaches and detaches. Learning nature’s lesson to apply them to our technological designs is called biomimicry. It is the conscious emulation of nature’s genius to solve the ecological and technical challenges of today. Innovation inspired by nature, as the subtitle of Janine Benyus’ popular book Biomimicry (2002) declares.

And it’s everywhere! In our daily life, in specialized technical applications, and even in movies (remember those dragonfly-like helicopters in Dune?). Biomimicry could offer a way to shift from the exploitation of nature to the exploration of its wisdom in order to live a more ecologically sustainable life. But what if biomimicry actually revealed more about ourselves, our hopes and ambitions, than about nature?

According to a traditional way of understanding the relationship between science and technology, science deals more with how things are, while technology deals with how things ought to be (Simon, 1969). In other words, while science is descriptive, technology contains a certain tinge of normative implications. It is an expression of our goals and values. This suggestion contains a powerful insight. An insight which was emphatically picked up by those scholars interested in the societal impacts of technology: technologies are not just neutral instruments, they embody and express different kinds of values. These values can be intentionally planned during the design process or they might emerge unexpectedly during actual use.

The textbook example is Langdon Winner’s case about Long Island bridges, which were built too low to allow buses to reach recreational areas used by more affluent people, de facto excluding the (usually poorer) portion of the population which relied on public transport (Winner 1980). Whether this effect was intended or not is a different matter. What is crucial is that even a (relatively) simple technology such as a bridge can have political effects and express particular values. Technologies and values are tightly intertwined.

Technologies are not just neutral instruments, they embody and express different kinds of values

If this is true, then biomimicry might say more about us than about nature. About how we as human beings understand and value nature. Think about those plastic plants and flowers that decorate our offices. They may mimic just the aesthetic qualities of the originals, but still we value their presence as reproductions of living organisms. Biophilia is the human tendency to seek connections with nature and other forms of life (Wilson 1984). The presence of these simulacra of vegetal life reveals our need for nature and its beauty, the biomimetic reproductions dispensing us from the inconvenience of having to water them. We want to enjoy natural beauty, but also avoid the nuisance of having to care for it. In other words, biomimicry materializes our ideas about nature.

Biomimicry is of course much more than just plastic flowers. Biomimetic designers look for interesting features in natural organisms and try to mimic that cleverness in technology. The Eastgate Centre in Harare, Zimbabwe, mimics the ventilation system of termite mounds which is key in keeping them naturally cool. Silent fans have been built by studying the secrets of owls’ stealthy flight. The incredible adhesive capacities of geckos have inspired tape which mimics the nanostructures of the gecko’s foot. To biomimetic designers, nature offers an incredibly vast repository of clever ideas that are just waiting to be found and copied. Natural evolution, they say, has been a 3.8 billion year-long R&D laboratory, which resulted in incredibly efficient and adaptable designs (Benyus 2002).

This is certainly inspiring. But for being so enthusiastic about nature, it sounds a lot like tech corporate speak. If nature is already looked at through technological lenses, then what are we exactly learning from nature? What aspects of nature are we reproducing? If we value efficiency and functionality, these values will inform the choice of which organisms we look at, what functions we mimic, and what problems we set our technologies to solve. They manifest in the biomimetic technologies we create. Which in turn tells us something about how we relate to nature, namely as a source of clever designs that we can copy to our own advantage. Epistemic exploitation, a fancy way of meaning the stealing of nature’s secrets, might be more subtle than the direct consumption of natural resources, but it’s a real risk that biomimicry might contribute to sustain.

Luckily, designers can be a very creative bunch. Eco-designers John and Nancy Jack Todd have created “Eco-machines”, constructed wetlands that function as living wastewater treatment plants (Todd 2019). Imitating natural wetlands, they employ plants and bacteria to degrade and assimilate pollutants without the need for hazardous chemicals, an ecosystem which in turn benefits from the nutrients it absorbs, regenerating damaged ecologies.

When biomimicry learns from nature’s regenerative capacities, human ingenuity can benefit not only ourselves but also the rest of nature (Wahl 2016). And it signals a shift in how we look at nature, from just a library of technical designs to also a complex ecology that we inhabit, a home that we care for (that is the original meaning of the prefix “eco”) and actively consider in the technologies we create. That is also a way to stay true to biomimicry’s original call to be inspired by nature. And if philosophy can teach one thing to biomimicry, is that looking at nature is really not a simple and straightforward affair.