Homepage » All blogs » Interview with the 4TU.Ethics Alumni – Shannon Spruit 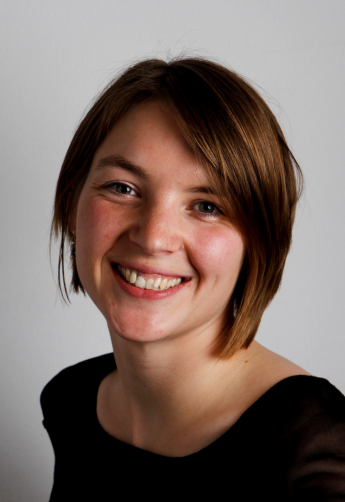 Welcome to the first blogpost of the 4TU.Ethics Alumni Network series!

Background: How it all started?

Shannon started her academic career studying biomedical sciences. What struck her since the very beginning was the lack of attention to any sort of ethical dilemmas. Sure, she had the standard “ethics course” that every biomedical student has to take, but besides that, ethical issues were not discussed in class. Driven by her interest in ethics, she started teaching bioethics during her degree. At this point, her attraction to philosophy makes her ponder the idea of pursuing a degree in Philosophy. Considering that she would have had to start a new bachelor’s, she settled for a medical anthropology and sociology degree in Amsterdam – now under the current STS department. She started being in contact with Daan Schuurbiers with the Centre for Society and Genomics in Nijmegen, which at the time had received a significant investment from the NWO. It is here that Shannon realizes that she likes doing research but in a more applied setting. Her boss at the time had the perfect opportunity: they pointed out to her the PhD position at TU Delft supervised by Ibo van de Poel, and here is where Shannon’s journey in the ethics of technology started. Her PhD focused on the ethics of nanotechnology, and for the next four years, she also carried on some side projects. Working four days a week allows her to explore more opportunities and activities that keep her busy. After completing her PhD, she follows up with a post-doc at TU Delft, with her research focusing on conflicts between governments and citizens in the energy sector. Her research shifts here from ethics of technology to governance studies. It’s here that she realizes she’s always been what she calls a sort of “academic nomad”: she has a passion for research and for putting things into practice, but she doesn’t necessarily identify with one single discipline. This concept will come back multiple times throughout her professional journey.

But let’s dive deeper into the relationship between Shannon and 4TU.Ethics Center. How did she get involved with it, and what was her experience? When she started her PhD project at TU Delft, it was also the time when 4TU.Ethics Centre – at the time, 3TU – and her graduate school were being set up. The relationship between the two wasn’t always the smoothest, as, at times, there would be overlapping between courses, or students would have to pick between one or the other. For Shannon, this wasn’t necessarily a problem: she really enjoyed the diversity of topics and thrived in various disciplines. Being new to the field of philosophy, these courses also helped her find her philosophical identity. At the same time, being in contact with other PhD candidates from other universities, she realized that TU Delft represented her: being in close contact with engineers and having a tangible impact where both aspects made her feel in the right place at the right time. Having the opportunity to be in contact with people from outside her research group gave her a boost in confidence. While one might think that colleagues that you see every day are being supportive because they are indeed your colleagues, having the positive reinforcement of other researchers was a great opportunity that 4TU.Ethics Center allowed for. The other side of the coin, however, was that the field of ethics of technology is well developed in the Netherlands, so sometimes taking part in 4TU.Ethics courses or conferences felt like being in a work meeting with the same people. What on one side offers the opportunity to create a sense of community, on the other side, makes it quite hard to leave the “bubble” that that community creates.

Beyond 4TU.Ethics: What is Shannon doing now?

We left Shannon’s story when she was still working as a Postdoc at TU Delft for four days a week. What happened after that? Let’s go back to her research: while working on energy conflicts, she met a colleague of hers – Niek Mouter – who was working in the field of economics. She found out that, in the Netherlands, one of the most common ways to handle conflict resolutions was to hire consultants and perform a cost-benefit analysis. More specifically, Niek had invented a method – participatory value evaluation (PVE) – which could be used to eliminate cost-benefit analysis. Shannon was excited about the idea and started working with Niek, applying the method to a case in a citizen participation tool. The project went very well, giving Shannon the confidence to set up a company with Niek: Populytics. The mission of Populytics is to bring citizens and decision-makers closer together by conducting and facilitating large-scale societal consultations. To this day, they still use PVE as a methodology. In their platform, they have a case where they present participants with a dilemma in which citizens can choose between different options in different dilemmas and explain their own choice. As a philosopher, she finds the justifications citizens give for their choices extremely fascinating. The richness in the answers shows exciting results: often, people have the same values but make different choices based on them. The similarity in the values is used by the Populytics team to create a common ground from which to start a conversation.

From this, we can already see that having a strong philosophical background can be a solid asset when leaving academia. How does Shannon make use of her philosophical knowledge? Her company now has 17 employees, and she’s proud to say that many of them have a philosophical background, especially in consulting work. Just presenting data and statistics is the easy part. What is more complicated – and what philosophers are good at – is giving them meaning. The motivation to dig deeper into details, try to make the hidden explicit, and unpack it, makes them an incredible asset in a company.

Last but not least, we asked Shannon if she had any tips for philosophers who want to have a social impact, both inside and outside academia. Here’s what she told us:

1. Do not overcomplicate stuff.

As philosophers, we might tend to use fancy terms and complex sentences. But sometimes, one just needs to use a concept that is generally taken for granted by “us philosophers” and then unpack it. Even this little thing can create a fruitful and insightful debate without needing to overcomplicate it! For Shannon, concepts are thinking tools, but she doesn’t see them as absolute truths or definitions.

Philosophers, especially in academia, tend to think that they need to have solved a problem to perfection before communicating it to the world. What we need to realize is that we are on a sort of joint quest to make the world a better place, so every single contribution, even if not perfect, counts!

3. It’s good not to underestimate people who work in other fields!

In academia, people can have the tendency to think that they know better. But there are also tons of reasons about why things are not perfect, and other points of view can actually be beneficial and fruitful if combined with a collaborative spirit. Plus, for people outside of academia, it is weird to be told what to do from people who are not in the field itself. So get out there, ask people what they do and what they think, and think together with them.

As a final remark, we wanted to go back to the “academic nomad” concept that Shannon mentioned in the beginning. While feeling like she didn’t belong to any discipline specifically, she realized that outside of academia, she feels like she has the most intellectual freedom. There are a lot of preconceptions about what’s happening outside of academia. Still, one thing that differentiates it from the academic environment is that people go out there and do stuff. So, if you’re motivated and you want to discover what’s happening, just get out there, you won’t regret it!