All blogs » Mapping out Responsibility (in the Communication of Ideas)

Mapping out Responsibility (in the Communication of Ideas)

The media landscape has changed quite drastically over the past two decades, as the legacy media of old (e.g. radio, newspapers and cable television) has become outpaced by the smartphone and internet as the sites of media consumption and content creation. As the world becomes increasingly mediated by a suite of devices and digital platforms, how has the communication of ideas been affected?

This image, popularised by Ludwig Wittgenstein, is perhaps one of the more fitting examples of the notion that what we see depends on our perspective. One person may see a rabbit, and another sees a duck (some may be able to see both at the same time).

Making sense of this image as one thing or another (or both) reflects the perspective of each individual observer. And,  how is our perspective informed? By our experiences, our brain chemistry, the language we speak, as well as where we were brought up. These facts affect our ability to make sense of things – whether it is making sense of others, ourselves or information that is communicated to us. But it should also be noted that the medium – how something is presented – also affects our perspective on things.

The Medium and the Message

The medium affects our perspective on things 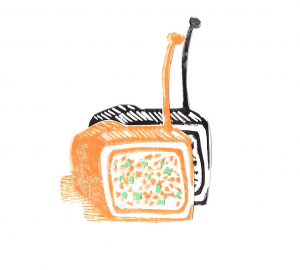 Marshall McLuhan popularised the statement “the medium is the message”[1], as well as pointing out that the more technologically embedded we become, the more the medium in which we transmit information becomes both an extension of ourselves and the filter through which we understand the world around us.

Defining and Defending Truth on the Internet

A term that was made trendy during the 2016 US election and seems to now be synonymous with one of its prominent users (i.e. Donald Trump), is “fake news”. It may have been the case that what we heard on the radio, what we saw on television or read in newspapers, was taken as solid, objective truth. But with media outlets becoming revealed to be spokespersons for corporations as well as government authorities, this is no longer the case.

What counts as information, legitimate discourse, free speech and importantly truth, have each changed as media consumption and dissemination becomes increasingly policed by companies, governments and even users themselves.

Similarly, Facebook, Twitter and Google have each increasingly become the arbiters of what counts as the truth on their respective platforms. To the point that over the years, more and more users have found their accounts or content removed or banned because they did not follow the rules of what counts as valid information. Being labelled as spreading fake news, or being a conspiracy theorist or fascist has become common parlance for deciding that someone is wrong, misinformed or flat-out crazy.

These terms are essentially used to stop discourse on the internet. Discourse that has increasingly become marred by the formation of echo chambers that feed their inhabitants confirmation of their respective biases, making these echo chambers the filter through which the world is perceived. Leading to a contraction of the possibilities of speech, thinking and argumentation on topical issues. 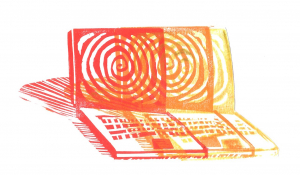 What counts as information, legitimate discourse, free speech and importantly truth, have each changed as media consumption and dissemination becomes increasingly policed by companies, governments and even users themselves. As this progresses, it becomes both worrisome and interesting to reflect on how the truth and knowledge of the world, in general, will be preserved on the internet.