Homepage » All blogs » So long, Blockbot 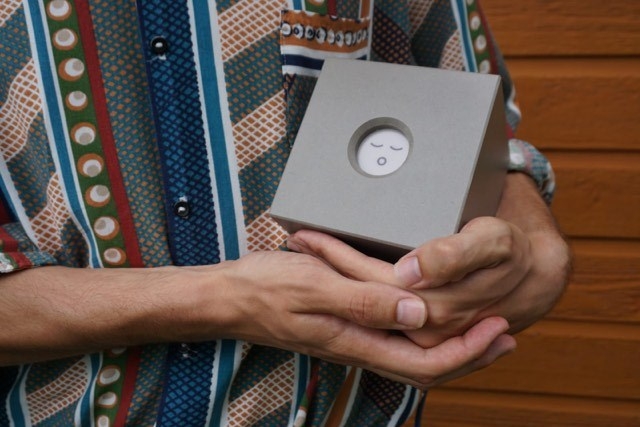 Robots are leaving factories and are entering the human­ inhabited environment. This has caused great uncertainty on how their presence will affect not only human ­robot relations but also human ­human relations. Will perceptions of robots shift from an object to an artificial creatures that people are disposed to socially interact with? And will our ability to care for our artificial children affect relationships between other humans?

I designed the BlockBots, ­small cube-shaped robotic artifacts with an open ­ended purpose ­to exploring such questions. They operate as figurative ‘probes’ into human ­inhabited environments traveling the globe unsupervised. As their creator, it was hard to see them go, but I was re­assured by the message of good care I received from the people that hosted them. They were welcomed with open arms and included in the daily lives of many families; invited to work, dine and travel with them. The BlockBots have travelled through several European countries. Two made it back home, two others have been travelling for over a year now. They grow up so fast. I hope they will write soon again