4TU.Ethics » News » “It was shockingly easy” 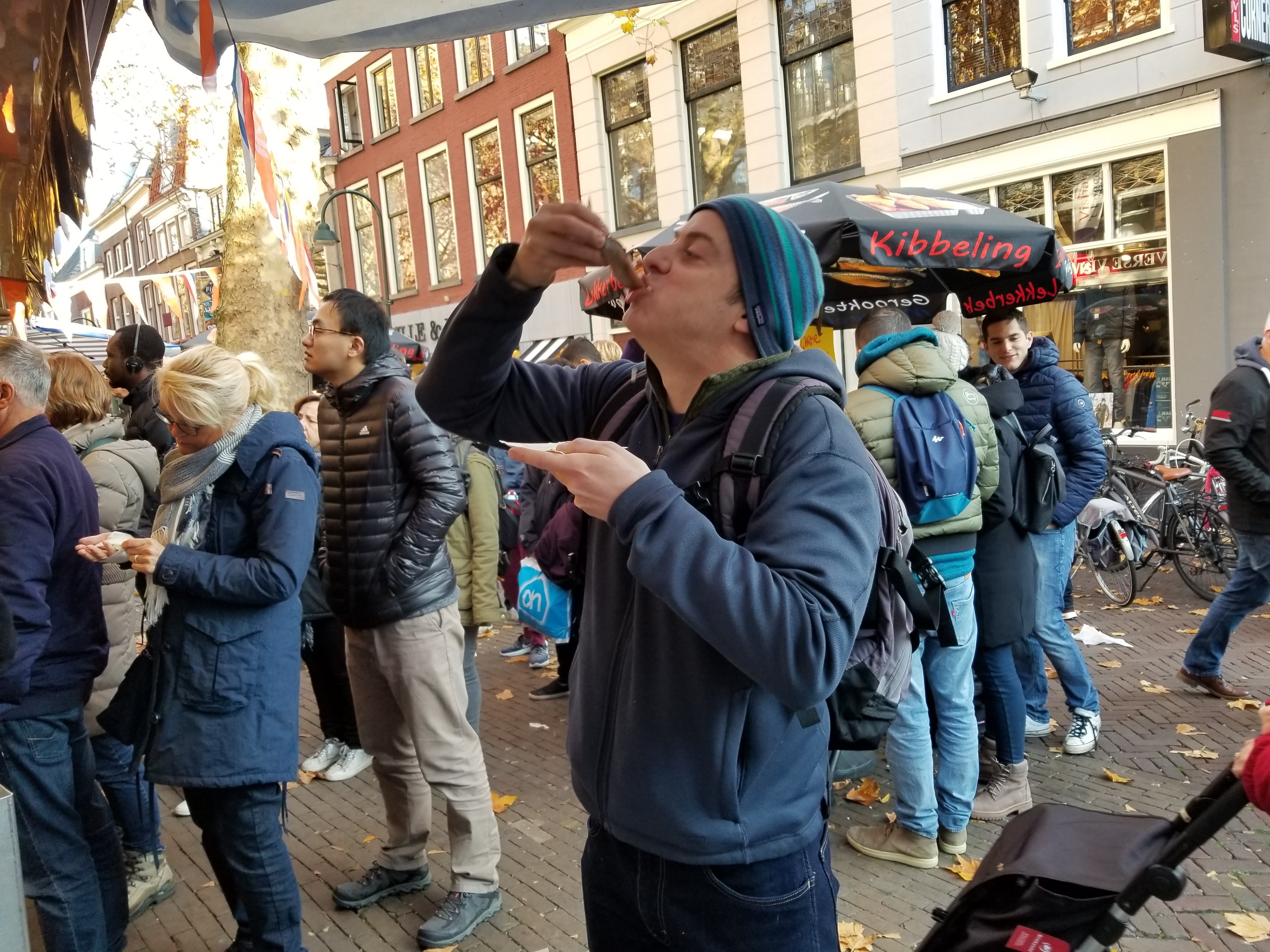 From September 2018 until May 2019, Alan Rubel (University of Wisconsin-Madison) was a visiting scholar at 4TU.Ethics. After his return to the United States, Tijn Borghuis interviewed him about this sabbatical in the Netherlands.

My position—that is, my “day job”—is as associate professor in the Information School and director of the Center for Law, Society & Justice at the University of Wisconsin-Madison (USA). That means half of my teaching is in the information school and half is with the CLSJ, and I have administrative responsibility for the CLSJ. I also have faculty affiliations with the UW law school and the department of Medical History & Bioethics, but I don’t have teaching responsibilities in those units.

Boiled down, I’m a philosopher and lawyer with academic appointments in related fields. I work mainly on moral issues in information and information technology: privacy and surveillance, information dissemination, and most recently on algorithmic decision systems.

What made you decide to spent your sabbatical in the Netherlands? And how did you find 4TU.Ethics?

It was a bit circuitous, really. My wife (also an academic) and I wanted to leave Madison, as we knew that we would get drawn into normal administrative work if we were in town. A couple of friends and colleagues of mine had spent time the Tilburg Institute for Law and Technology and thought that I might be a good fit for their visiting scholars program. That got me interested in the Netherlands, and I began looking around at all of the scholarship on questions crossing between technology, ethics, law, philosophy, and policy going on in a relatively small geographic area. It quickly became clear that there is a robust network of scholars, research centers, conferences, and programs doing excellent work related to what I do in the Netherlands. Certainly at 4TU.Ethics, but also people at Tilburg, Leiden, Amsterdam, Utrecht, and many others. It’s a vibrant place with lots of scholars doing important, interesting work, across lots of disciplines. And 4TU.Ethics is a big part of it; I saw that you had a visiting scholars program and wrote. You were gracious enough to reply.

How did you come to choose Delft as your homebase?

It was difficult to decide where to base ourselves because there are so many excellent centers around the Netherlands. There were even multiple members of the 4TU.Ethics that would have been a good fit. The difference maker ended up being that Delft is very close to a social science archive that is related to my wife’s research. And Delft is pretty quiet, which we kind of like, but close to Rotterdam, Den Haag, and Amsterdam/Schiphol.

What was the first unexpected thing that happened while you were here? What were pleasant surprises?

The first big thing was just how straightforward many aspects of day-to-day life are. Getting between cities by train, around town by bicycle, and around bigger cities by public transport or by bicycle is remarkably easy and pleasant. Pre-paid mobile phone/internet is easy and inexpensive. Every place seems to have a café. We showed up and things just worked well. That’s…not the case everywhere.

One really pleasant surprise was the easy sense of community within the department. For example, the unit I was in at Delft (Values, Technology & Innovation) has a monthly lunch meeting. It involves a long period where people just talk informally with whoever they are sitting near. The American in me kept wondering when the meeting would start! Eventually someone would start a general conversation that involved going around the table and each person introducing their self (if new) or providing an update on their work: publications, presentations, research updates, and so forth. That often evolved into further, related discussions. It was a really nice way to keep meeting people, being reminded of what they were working on, and making new connections across projects. There really isn’t an analog in the departments I’m part of at UW.

What were unpleasant surprises?

None at all! Except that trains seem to get way more expensive once you go to France and Germany.

Was it difficult to settle into Dutch (academic) daily life?

It was shockingly easy.

What research questions have you been working on during your visit? Did you start any cooperations while you were here?

My main project over the year involved a number of issues surrounding automated- or algorithmic decision systems. Before arriving in the Netherlands, I had been working with a couple of coauthors on a paper on algorithmic fairness and transparency. We kept circling back to questions about agency and autonomy, and wrote a paper that grew too long to be an article (it’s actually under R&R right now, so maybe not too long). So, over the course of last year we wrote a few papers (one, “Agency Laundering and Information Technologies,” is forthcoming in Ethical Theory & Moral Practice, another will be in a volume on epistemic paternalism, another is under review). We also turned the first, long paper into a book project. That’s under contract now, and I’m looking forward to getting it finished over the course of this year.

I also have an ongoing project about surveillance and privacy in higher education, and I wrote a couple of papers on that as well.
Unfortunately I didn’t get any collaborations off the ground with members of 4TU.Ethics; there are points of shared interest, but I have enough on my plate that I needed to address.

What effect did your visit have on your research? What did you get out of it?

I think the biggest thing was some early interactions with folks doing excellent work on what you might call “traditional” philosophical questions that can both shed light on and be better fleshed out in the context of contemporary technologies. It was wonderful to talk to people doing that kind of work, and it motivated me to keep philosophical questions at the center of a couple of papers. Sven Nyholm and Filippo Santoni de Sio in particular as well as you and Philip Nickel (among others) at Eindhoven, Marc Alfano at Delft (whose ability to organize workshops and talks is remarkable!). I got a great deal out of monthly technology and values reading groups at Twente, too, once I started attending at the invitation of Owen King. I’ll also mention that the network of PhD students and postdocs is really valuable. They are very well integrated into units and highly professional. So, the seminars and information interactions I had with them was beneficial to me. Hopefully it was at least not detrimental to them!

What do you think are important themes for 4TU.Ethics to work on in the coming years?

That’s a really tough question. Value questions permeate technology, socio-technical systems, and how technologies get used. There are people all through 4TU.Ethics working on tons of different issues, all of which are important. I think the answer is probably that whatever themes folks at 4TU.Ethics are working on are probably going to be important.

What advice would you give future visiting scholars of 4TU.Ethics?

Three things: First, go to talks further afield from your main affiliation. There were a lot of great talks at TU Delft—including visiting speakers and works-in-progress by members. However, visiting other departments in 4TU and going to other universities and conferences all over Western Europe is surprisingly easy compared to traveling to other departments in the U.S. I got a great deal out of visiting Twente, Eindhoven, Amsterdam, Brussels, Berlin, and others. Second, get a bank account early. It makes everything vastly easier. Third, Swapfiets is an excellent option for renting a bicycle. Splurge for the 7-speed.

Not advice, exactly, but people should definitely try the raw herring.